The first part of our work in Year 2 took place with the mums group at Bells Farm. Working with artist Sarah Leigh the group made pieces of felt to turn into jewellery, bag decorations or just pieces of art on their own. They experimented with different techniques for different styles of felt which they found was great fun and some were a lot harder than others! One of the women made pieces to sell at the Christmas Fun Day at Bells Farm and everyone made things to keep just for themselves. 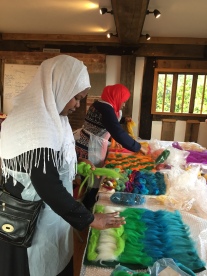 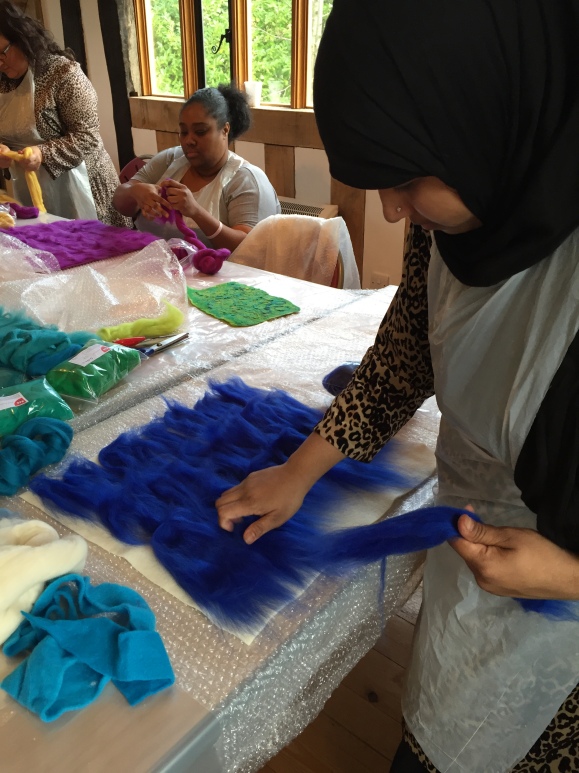 Sarah also ran a drop-in workshop at Druids Heath Library which was really well attended by people from across Druids Heath and beyond. Everyone got to have a go at making small squares of felt which they either kept or that contributed to the patchwork which is now pride-of-place in the new children’s library area. 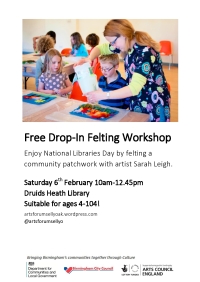 The second part of our work in Year 2 was with the Project for the Redevelopment of Druids Heath and the Friends of Malachi at Dell Meadow. They decided that they wanted to create something that portrayed their area in a positive light and so they worked with Reel Access, a local participatory arts organisation to create a film.

The participants learnt how to use the cameras to film shots of the area; they interviewed local people including people at the community lunch at Manningford Hall who have lived in the area for a long time and even did some animation with local school The Oaks. 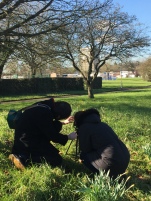 The finished film is an incredible portrayal of this fantastic community and a testament to the people who created it. But don’t let us tell you that, judge for yourselves…